Smoking remains the single most preventable cause of disease morbidity and
mortality worldwide1 and young adolescence is the age at which young people
start to experiment with tobacco products. 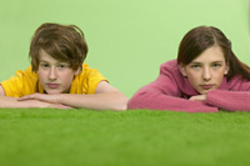 Studies show a dramatic increase in smoking between puberty and young
adulthood.2 The early onset of smoking is one of the most important
predictors for later smoking and correlates with heavier smoking.3,4 There
is also positive correlation between daily smoking and the experimentation
with other psychoactive substances.5 Recent research shows that first symptoms
of tobacco dependence can occur within a few weeks of occasional smoking.6
Many young smokers believe it is possible to stop smoking without help and
overestimate the percentage of adolescents who succeed in quitting.7,8 Studies
show that young smokers often fail to stop smoking.9-11

Conclusions for the approach of the Smokefree Class Competition

return to top of page