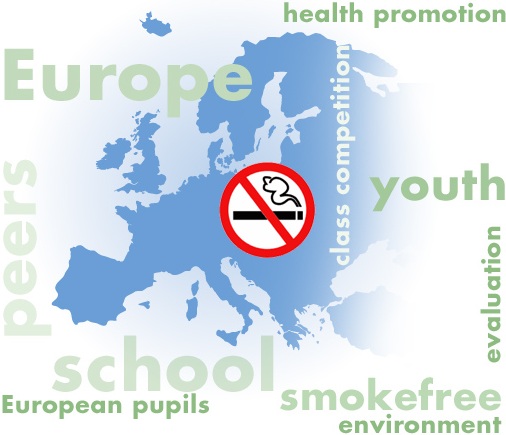 The Idea of the Competition

Smokefree Class Competition is funded by the European Commission.

The idea of the Smokefree Class Competition is distinct to those traditional approaches, because instead of
using fear arousal strategies to hinder pupils from smoking, the desired non-smoking behaviour is reinforced:
Non smokers are rewarded if they stay smokefree.

According to learning theory a positive reinforcement enhances the propability of producing a desired behaviour.
In this way non smoking becomes a popular and worthwhile behaviour, and social norms whithin the peer groups
are influenced in a way that non smoking becomes more common in classes than smoking.